October 23, 2007 was just like any other day in the Funk household. Madison and her brothers, Tyler and Alex, woke up, were dressed, and fed breakfast. I remember this day specifically; Alex wanted "cheesy eggs". I had been ahead of schedule that day, so cheesy eggs it was. Little did I know that this would be the last breakfast I would be preparing for Madison. This was a Tuesday, so Alex and Maddie went on a play date while their big brother was in school. Once home, it was naptime. Both kids were put down for their nap as normal. This is where our life changed forever. When it was time to get up, Aunt “Yori” (as Maddie called her) went upstairs and witnessed the most horrific site anyone could imagine. Madison was lying beneath her dresser. Unconscious. After several attempts by Lori and the paramedics, Madison was pronounced dead. Just that quick, our lives would never be the same. The only explanation is that Madison climbed her dresser. She was a climber. We would have never in a million years imagined that she was strong enough to pull her dresser over onto herself. Tyler was 12, and Alex was 4. All three of our children had used this dresser. In the coming days, it became abundantly clear... our story was not uncommon.

Madison is one of several children who die or are injured each year due to "Furniture Tip Over". It was then that I realized that I had an obligation to my daughter to share our story, get the word out, and not stop until Furniture Safety, and Tip Over Danger was as common to parents as Car Seat Safety.

We know that our Maddie is watching down on us from Heaven, and would be proud to know that her family is keeping her spirit alive by getting her message, "Maddie's Message" out to the world. 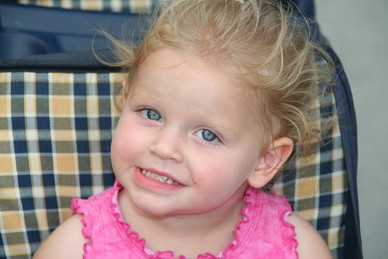 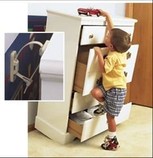 Check out what the CPSC has to say about furniture safety.